Special recognition to the technical teams responsible for designing, directing and executing the 5 hospital buildings to address the health emergency caused by Covid-19. Recognition to Copisa for the: MULTIPURPOSE HEALTH BUILDING AT THE UNIVERSITY HOSPITAL OF BELLVITGE.

FINALIST NOMINATION for INNOVATION IN CONSTRUCTION. For the DRONE INSPECTION SYSTEM APPLIED TO THE HISTORIC BUILDING OF THE UNIVERSITY OF BARCELONA.

The Mestre Andreu school institute of Sant Joan de les Abadesses, built by Copisa, has obtained the mention architectures in the Architecture Awards of the counties of Girona 2019.

At the Venice Architecture Biennale (Catalonia Pavilion) included the Cerdanya Cross-border Hospital (2007-2012) in Puigcerdà, Spain, designed by Brullet-Pineda Arquitectes and built by Copisa.

The Municipal Sports Center of la Ciudadela (BATLLE I ROIG Arquitectes), executed by Copisa, has been awarded the IAKS Gold Metal 2015, prize given by the International Association for Sport and Leisure Facilities to the most important sports buildings of the period 2013-2015.

Beyond Building Construmat 2015 Prizes for Innovation, Sustainability and Social Work have awarded the Civil Engineering Selection Diploma to the work done by COPISA: reconditioning the TV-3148 road and its surroundings in Vila-seca. Tarragona.

The Port of Vilanova i la Geltrú (Barcelona), Spain, managed by Copisa Group company Vilanova Grand Marina, is now the 10th most attractive port in Europe according to the Italian website Marcopolo TV.

The inclusion of Vilanova Grand Marina in this ranking confirms the international recognition achieved by this marina which after four years of operations in 2013 has established itself as a benchmark for large yachts in the Mediterranean due to its specialisation in superyachts and hi-tech services, in addition to its location close to Barcelona.

CPI Copisa Industrial has received an award from Celsa as the best performing contractor in 2013.

5th Segovia Aqueduct Awards: second prize for environmental protection and upgrading works on the River Serpis at Gandía: “The city facing the river”.

Atlante Prevention of Labour Risks Awards (Line 9 Working Group. Hyperbaric Work). Special Award to the Line 9 Working Group which brings together private companies and institutions involved in building Line 9 of the Barcelona Metro and which has made a valuable theoretical, practical and training contribution to occupational health and safety in hyperbaric work with EPB TBMs (they inject pressurised air to stabilise the ground to be drilled). The work done by the Line 9 Working Group has been especially valuable in terms of OHS because this type of TBM had not been used before in Spain for drilling.

Distinction Interior decoration in the Ceramic, Architecture and Interior Decoration Prizes, for the “Fira 2 metro station of Line 9 in Barcelona”. The Joint Venture with Estacions Aeroport L9 entrusted the pre-project to Toyo Ito and carried out the project and its execution.

Two mentions awarded by ESSENT to CPI Copisa Industrial for the development of works under the VCA certificate system in safety and health, current in Germany and Benelux, in being without a single accident or incident in the ambit of industrial safety in the works carried out on the BoP in the “Claus C” Combined Cycle Power Station in Maasbracht, Holland.

Two Certificates of Recognition awarded by Técnicas Reunidas and Galp Energia for high quality in industrial performance (High Quality Industrial Performance Award) to CPI Copisa Industrial in the Sines Refinery Conversion Project in Portugal: Certificate of recognition as one of the companies participating in the project on achieving 8 million hours worked without accidents. Special mention for the contribution to safe working.

“Deal of the Year” Prize, from the magazine Project Finance in 2010.

“The Bizz Awards” from the WORLD CONFEDERATION OF BUSINESSES, 2008.

Project HPP Cartagena Prize for the safest contractor in 2007 and 2008.

Mention for building and equipment for non-residential use. “Fernando García Mercadal”, Annual Prize for Architecture. 2003.

Special mention in category of the National ARPA Prize. 2000.

National Prize for Restoration and Preservation of Cultural Assets 1999.

All of the Copisa Group’s activities are in accordance with current laws, both in respect of obtaining the required accreditations and, where appropriate, the due updates or renewals of certifications already obtained:

AEQT-AEST, Renewal of the Certification by the Monitoring Commission, obtaining a Safety with the result of FIVE STARS: CPI Industrial Engineering.

supplier certified by Achilles South Europe, in accordance with the standards of the Docuplus Committee: Copisa

RIME, Commission for the refurbishment and maintenance of buildings in Catalonia: Natur System

ECOVADIS: assessment requested by COVESTRO in the following areas environmental aspects, labour practices and human rights of human rights, ethics and sustainable sustainable purchasing, all of which are part of the corporate social responsibility (RSE), obtaining a qualification of of ``Silver Medal``: CPI Industrial Engineering. 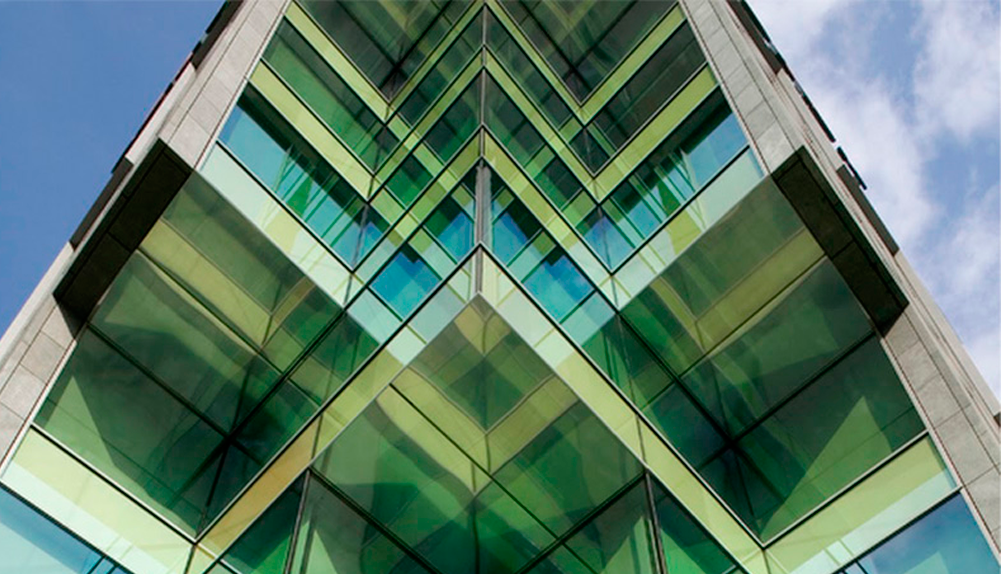